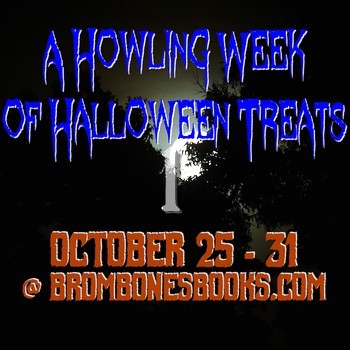 You might have heard that this Halloween features a very special lunar event. First, there will be a full Moon on Halloween, which — despite the many spooky illustrations — isn’t that common in reality. Second, this will be a “Blue Moon,” meaning a second full moon within a single month. Here’s a neat article about this rarity.

With this in mind, I’m launching A Howling Week of Halloween Treats with the following announcement:

Another volume of the Phantom Traditions Library is now available!

It’s Imagining Life on the Moon During the Rise of the Telescope, and that title sums it up nicely. Telescopes first appeared in the early 1600s. However, they simply weren’t powerful enough to settle old, old debates about those dark and light spots on the Moon indicating bodies of land and water, about the existence of a lunar atmosphere, or about our beautiful satellite being inhabited. Right away, fiction writers created fanciful depictions of what life there might be like. In fact, the anthology opens with a brand new modernization of Francis Godwin’s important work “The Man on the Moone,” first published in 1634. Readers can then time travel through the 1700s — slow down in the 1800s for authors who include Washington Irving and Edgar Allan Poe — and then stop at the year 1900. By the late 1800s, scientists and the general public almost unanimously agreed that the Moon was uninhabited, and fiction about lunar life reflects this change. 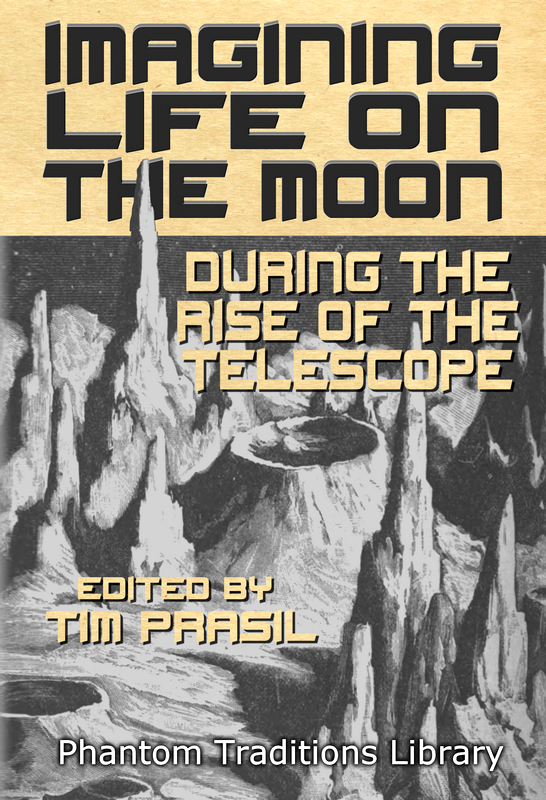 Most of the stories range somewhere between the genres of science fiction and imaginary voyage, and a few toss in some satire. To be sure, they’re more astounding adventures in space than unnerving journeys into darkness. In other words, it’s not an especially Halloween-ish book. One story, however — the very last one in the anthology — feels quite different. It’s the “self-contained” opening chapter of George Griffith’s Stories of Other Worlds. It’s dark, creepy, and even a bit proto-Lovecraftian in Griffith’s use of an ancient race, a skeleton-strewn temple, atavistic brutes, and a tentacled beast.

You can find out more about Imagining Life on the Moon During the Rise of the Telescope here.

Come back tomorrow for more of
A Howling Week of Halloween Treats!
🦉

Tales Told when the windows rattle