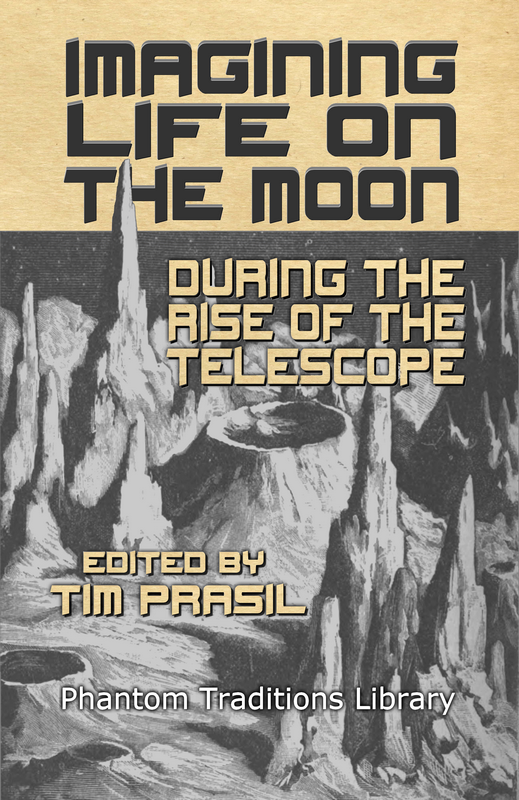 In the early 1600s, the first telescopes were being used by astronomers such as Thomas Harriot in England and Galileo Galilei in Italy. These instruments were often aimed at the Moon. By mid-century, lunar cartographers debated if the Moon’s dark spots were seas, if it had an atmosphere, and if life existed there. Already, the scientific discoveries and debates were inspiring fiction writers to imagine what life on the Moon might be like.

Telescopes improved as the decades advanced. Nonetheless, in 1780, eminent astronomer William Herschel reported on his study of the Moon and noted “the great probability, not to say almost absolute certainty, of her being inhabited. . . .” A new wave of science-fiction writers launched readers to the Earth’s satellite and introduced them to its indigenous people. Over the 1800s, evidence gained from even bigger and better telescopes finally convinced most scientists that the Moon is lifeless — and as telescopic technology waxed, fiction about life on the Moon waned. Featuring works by Washington Irving, Edgar Allan Poe, and other visionaries, Imagining Life on the Moon During the Rise of the Telescope brings this phase of science into clearer focus.

To get a sense of Imagining Life on the Moon, here’s a .pdf version of the introduction.

Imagining Life on the Moon Introduction

Telescopes versus the Moon People

I created a timeline to chart the introduction and development of the telescope interwoven with the history of scientific commentary and fictional works about life on the Moon. I call this illustrated chronology: Telescopes versus the Moon People.

Imagining Life on the Moon During the Rise of the Telescope will be the fourth volume in the Phantom Traditions Library, a series of anthologies featuring unusual and forgotten genres of fiction that flourished in the 1800s.

Tales Told When the Windows Rattle

A web series reviving the tradition of telling scary stories by a cozy fire during nasty weather.October 17, 2021
79 days to go.
Loading Comments...