In 1901, railroad crewmen in Trenton, New Jersey, reported seeing a robed and swift-moving apparition at night. It moved along the tracks outside of what is now called West Trenton station, but at the turn of the century, it was known as Trenton Junction.

I haven’t found much on the reported haunting, only this front-page article in the July 26, 1901, issue of The Jersey City News:

That’s all I can share regarding the ghost. I found no follow-up articles. Not even reprints of this article in other papers.

But I do know that, in 1929-1930, a very nice depot was built at Trenton Junction. Here’s a photo of it from an issue of the Reading Railroad Magazine published about when work was completed: 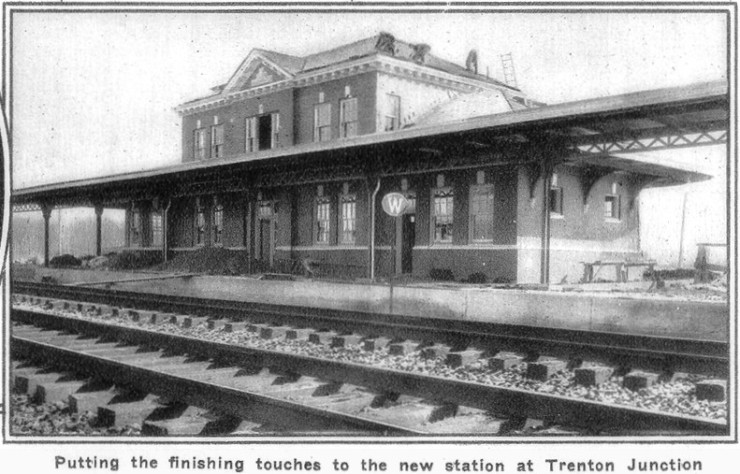 Online photos confirm that it still stands and is now called West Trenton station. Maybe ghost hunters can start here to determine if the robed figure continues to walk or to run along these tracks.

The scarcity of news coverage on Barber’s and Donnelley’s testimony might explain why this ghost seems to have, well, vanished. It is neither among the thirteen haunted spots in the Garden State discussed at NJ.com nor in the top ten offered at the NJ101.5 site. In fact, Trenton is quiet — much too quiet — in both lists.

Maybe that can change. If you explore this area in search of the ghost, do so safely. Train tracks, after all. However, please report your findings here in the comments, too.