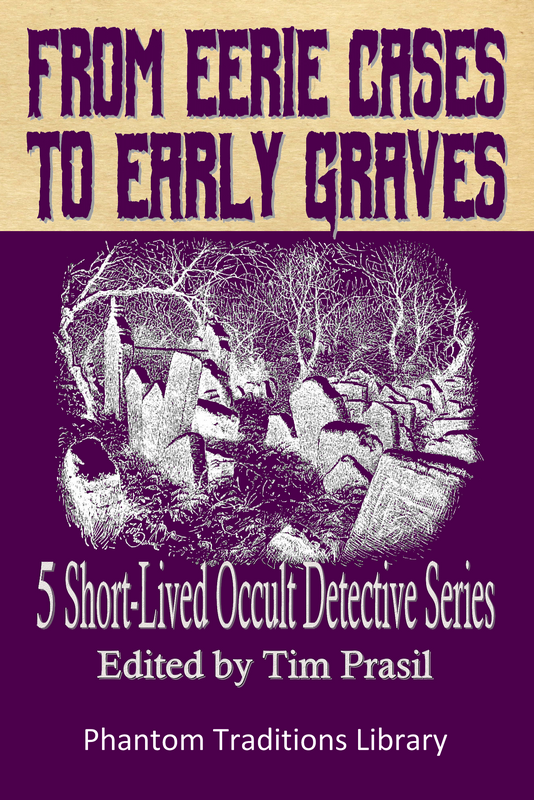 Occult detective characters specialize in investigations that confirm the reality of ghosts, demons, vampires, and similar beings. Some of these sleuths rely on their own paranormal powers to fight crime or evil. As this genre developed, a few great authors created characters who appear in more than one story — but not enough stories to fill a book. Among the very best of these short-lived occult detectives are:

To get a sense of this book, here’s a .pdf version of the introduction:

Follow the rise and evolution fictional supernatural sleuths prior to 1925 with the Chronological Bibliography of Early Occult Detectives. At first, many of the characters appeared in only single works, be it in one novel or one short story. With time, though, series characters appearing in multiple episodes made their mark.

Go Deeper into the Roots
of Occult Detective Fiction

If this kind of fiction interests you, consider purchasing Ghostly Clients & Demonic Culprits: The Roots of Occult Detective Fiction. It serves as a nice companion volume to From Eerie Cases to Early Graves. Discover the details here.

From Eerie Cases to Early Graves will be the sixth volume in the Phantom Traditions Library, a series of anthologies featuring unusual and forgotten genres of fiction that flourished in the 1800s.