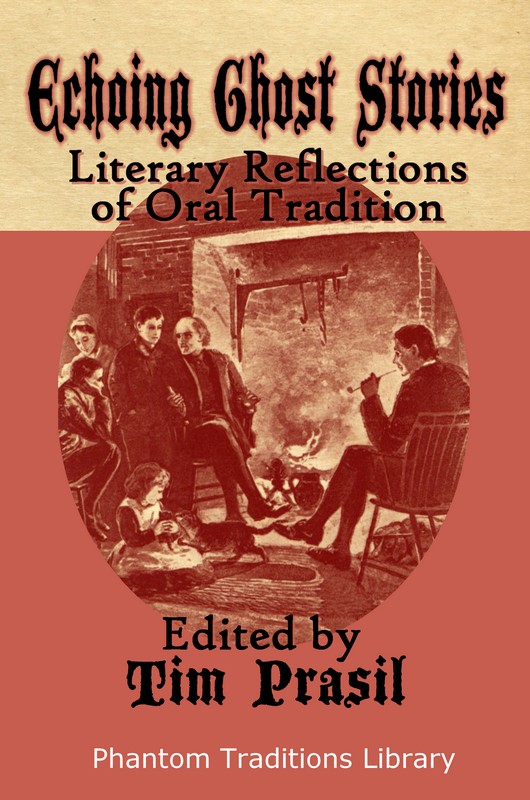 For centuries, ghost stories were part of an oral tradition, often involving a storyteller reciting the spooky tale before a fire on a chilly winter night. During the 1800s, as magazine production and literacy became more widespread, reading ghost stories rose in popularity. However, many authors attempted to preserve on paper the experience of listening to an account of the supernatural. Harriet Beecher Stowe, Mary E. Wilkins Freeman, E. Nesbit, Ambrose Bierce, Edith Wharton, M.R. James, and many others put their creative stamps on this distinctive tradition. Echoing Ghost Stories: Literary Reflections of Oral Tradition showcases such tales, establishing their fascinating place within the wider genre of the Victorian ghost story.

To get a sense of Echoing Ghost Stories, here’s a .pdf version of the introduction:

Two tales in Echoing Ghost Stories are, in each case, the first installment of what was originally a three-part series, namely, William Mudford’s “Ghost Gossips at Blakesley House,” and George Washington Peck’s “Ghost Stories.” Both work especially well independently, and in fact, both fit the focus of the anthology far better than the installments that followed.

Nonetheless, for readers wishing to finish reading these two series, I provide the subsequent installments here. Click on the links below to download them in .pdf format:

Echoing Ghost Stories is the second volume in the Phantom Traditions Library, a series of anthologies featuring unusual and forgotten genres of fiction that flourished in the 1800s.