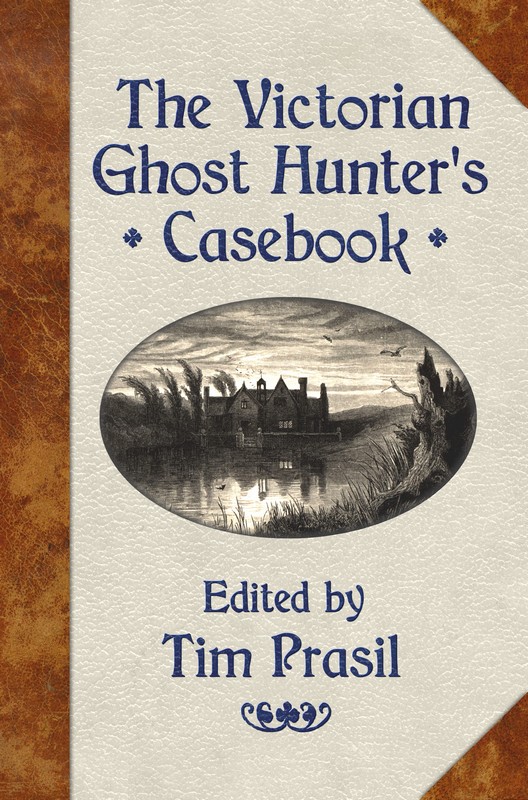 Untraceable whispering voices.
Gnome-like spirits who walk through walls.
A room that glows with an eerie, life-draining light.
Disembodied footsteps that climb stairs but never descend.
A house with doors that open by themselves—even when locked.

After a period of strong skepticism among writers and intellectuals regarding the reality of ghosts, the Victorian era (1837-1901) revitalized interest in seriously exploring houses and other locations alleged to be haunted. The paranormal investigators, including Charles Dickens and Arthur Conan Doyle, chronicled their methods and discoveries. Equipped with little more than candles, patience, and perhaps a flask of brandy, these men and women laid a foundation for the ghost hunters of today.

The Victorian Ghost Hunter’s Casebook presents some of the most intriguing, most frightening, and most charming of the chronicles left behind. Ghostlore scholar Tim Prasil provides an Introduction about what motivated the Victorians to investigate spectral manifestations, along with the history of ghost hunters that preceded them. He also provides enlightening details on twelve ghostly cases located in Britain, and an Appendix with two more ghost hunts held in the United States during the Victorian era.

Ciaran Farrell, reviewer for the Society for Psychical Research, writes:

The Victorian Ghost Hunter’s Casebook is a compendium of twelve well-chosen and researched ghost investigation cases [plus two more in the Appendix] . . . .

Tim sets out a very useful introduction to each of the fourteen cases he faithfully reproduces in his book from good historical sources, and his use of interesting and informative footnotes guide the reader through each case where the original author makes reference to matters or events that would be confusing or obscure to a modern reader. . . .

I would recommend Tim’s book as a good read. It is also important from both a historical and ghost hunting perspective, as much can be learned from the way psychical research has developed and evolved alongside the methodology of ghost hunting, and the investigation of haunted houses.

Back in the Victorian era, people were absolutely fascinated by ghosts and the supernatural. It’s important to know why Victorians were ghost hunting. This is because it gives us so much context as to why we do what we do today.

Fourteen cases make up The Victorian Ghost Hunter’s Casebook. Some include follow-up investigations, and some consist of a pair of investigators chronicling their shared experience in very different ways. Here’s a summary of what you’ll find in the book.

Readers interested in the ghostlore of the past are invited to consider Tim’s other non-fiction book on the subject: Spectral Edition: Ghost Reports from U.S. Newspapers, 1865-1917.