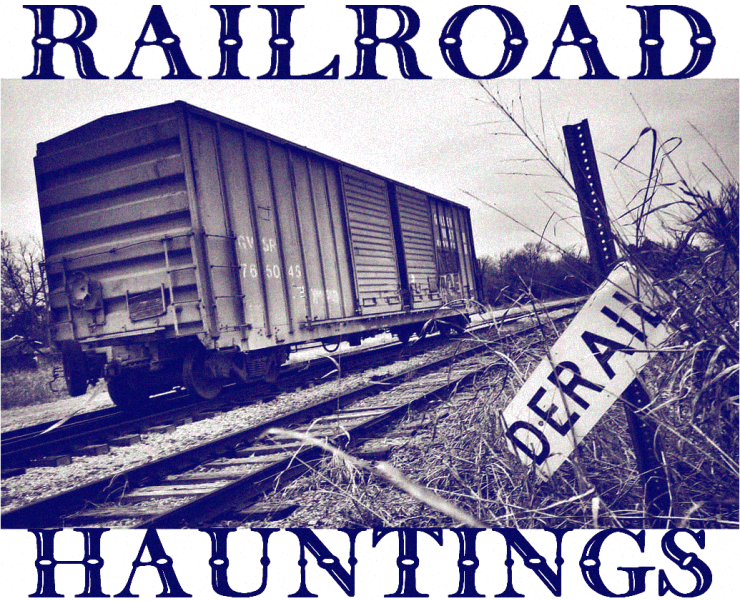 This week, I completed a very solid first draft of After the End of the Line: Railroad Hauntings in Literature and Lore. Of course, I’ll make space if I stumble upon any more cool pieces about a railroad haunting, be they fiction or non-fiction. (Both are included in this anthology.) I still have at least a few months of work on this project.

One of the non-fiction works I included collates various reports of ghosts following a terrible head-on collision between two trains near Sag Bridge, which once stood between Willow Springs and Lemont, Illinois. First, let’s look at the tragic accident. Not long after 10:00 on the night of August 16, 1873, a passenger train heading southwest from Chicago to St. Louis left the Willow Springs station. This station is on the outskirts of Chicago, and the train was about 10 or 15 minutes later than usual.

Meanwhile, roughly 10 miles down the line, at the Lemont station, the conductor of a freight train facing northeast made a deadly mistake. According to one railroad official, “The business of the conductor was to wait at Lemont for that passenger train, even if it were ten years, and the wheels rotted off.” But Edward Beane, the conductor of the freight train, disobeyed company rules by starting forward to Willow Springs, even though this stretch of the Chicago & Alton Railroad only had a single track. There’s a curve along the way, too, which explains why neither engineer saw the other train coming. According to the inquest, “The two trains collided near a curve just south of Sag Bridge, in the town of Lemont….” I haven’t found an exact count, but the mistake cost as many as twenty lives. Many more people were injured, many scalded by steam.

Now, the article that I reprint in After the End of the Line was originally published in an 1896 issue of The Conductor and the Brakeman, a magazine for railroad personnel. Over two decades had passed since the collision when this piece was published, and the author gets some minor facts wrong when recounting that tragedy. (I provide corrections in footnotes, since I have the advantage of digitalized newspapers.)

The writer’s main focus is, not that tragic event, but the supernatural ones that followed. These include the repaired engine’s cab lamps and headlight inexplicably shutting off each time it passed the spot of the disaster. And the variety of ghosts seen either hovering near Sag Bridge or riding on night trains passing by it. Probably the eeriest report comes from the brakeman who heard disembodied “chattering of teeth” and “outcries of someone as if in anguish.” He also claims to have seen “faces peering into the windows” of the caboose and something like “a boiling mass of burning sulfur” that sank into the ground — while laughing.

The Sag Bridge from the 1870s no longer exists. However, one website suggests a stalwart investigator could find where it had been by looking for “an isolated remnant of Old Archer Avenue leading to the south bank of its former site . . .”. And if the ghosts from the train disaster were ever real, they seem to have spread out or, perhaps, joined with others in the neighborhood. Pat Camalliere offers a very good overview of this haunted region of Chicagoland, mentioning Resurrection Mary, St. James at Sag Bridge, and Bachelors Grove Cemetery.

These days, the Metra commuter train from Willow Springs to Lemont runs along tracks that are at least close to those of the old Chicago & Alton Railroad. If you’ve ever traveled that route or plan to in the near future — especially after dark — please let me know if anything ghostly looked back at you through the window.