More Than One Ghost?

In southeastern Pennsylvania, just inside the eastern edge of the Valley Forge National Historical Park, there stands a small, quaint railroad station. Once upon a time, it served the village of Port Kennedy, but that’s been swallowed up by the Park and by a neighboring town with the interesting name of King of Prussia.

In early 1883, a ghost — or maybe two ghosts — taunted railroad workers on the tracks near this station. An article first published in the Philadelphia Record was reprinted on the front page of the March 7th issue of Pennsylvania’s Somerset Herald. It says that, on a snowy and stormy night, engineer David Lowe spotted something weird on the line near Royersford, roughly ten miles northwest of Port Kennedy. He claimed it wasn’t a ghost — he didn’t believe in ghosts, after all — but it involved a red light and a woman in white. The crew braked to a full stop to see if there had been an accident. However, “the figure, the light and all, disappeared” before they had even left the train.

The article then shifts to what is apparently a different ghost. This manifested much closer to the Port Kennedy station, where it was seen by several trainmen and thought to be the spirit of a tramp killed on the tracks. Engineer Charles Welsh and brakeman George Nelson are named as witnesses, the latter having shot point-blank at the figure! The ghost just laughed, though, “and floated away on the wings of the howling wind.”

Another article, this one originating in the Philadelphia Times, was reprinted elsewhere, too. It also quotes Welsh and Nelson, and it drops an intriguing hint about that tramp. The Times reporter says,

Ten years ago, a vagrant was run over just near the spot which is now haunted, under circumstances which implied negligence on the part of the man in charge of the locomotive.

This tragedy sparked ghostly activity. There was then a lull, but paranormal phenomena resumed after some time. This second wave was when the two men quoted had their experiences with the tramp’s spirit — or whatever had arrived by then.

The Station Seems Easy to Locate

That second article puts the ghost sightings at “just below Port Kennedy Station,” and this building apparently still stands. These photos show that it’s now marked as the Valley Forge Park station. It might be an interesting trip, even for the casual ghost hunter. That historical area right there is probably worth visiting. And if you want to counterbalance the supernatural mystery with some natural wonder, there’s an Audubon Center with birding and hiking a bit to the north of Port Kennedy Station.

If you do investigate the station, please let me know what happened. As always, whether there’s a haunted history or not: be very careful when exploring railroad tracks! 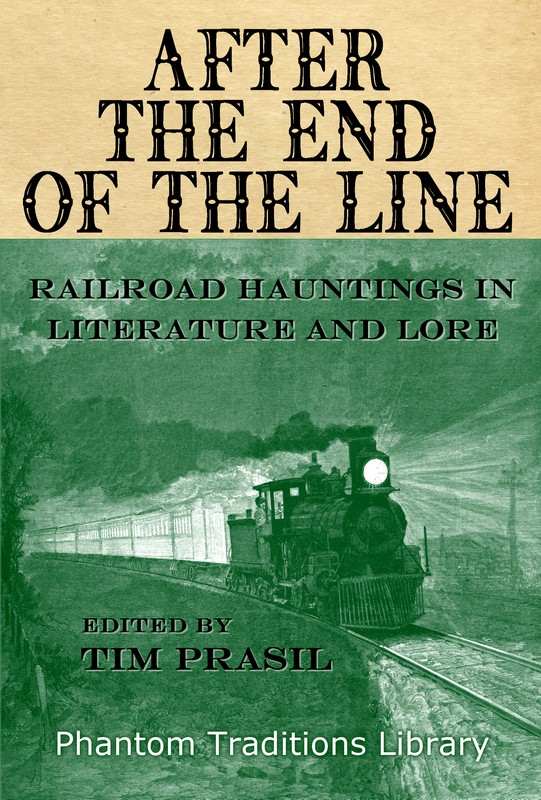